The auditorium of the old Rexburg Tabernacle is packed. Everyone here has come to hear Tim Ballard speak, the man who founded Operation Underground Railroad, a non-profit devoted to liberating child sex slaves. O.U.R. jump teams travel to countries like Colombia and Haiti, pose as buyers for sex slaves, and organize big deals with local sex traffickers. At the right moment, local police burst in with weapons drawn, arresting traffickers and O.U.R. team members. The traffickers are taken to jail, the teams are released, and the rescued children are placed in reputable care. It’s as intense as any sting Hollywood could contrive, but this is completely real, dangerous, and far more rewarding.

Before Ballard started O.U.R., he was an undercover government agent. For 10 years, he helped arrange stings to take down sex traffickers and child pornographers.

When Ballard began working in homeland security, he didn’t plan on doing this kind of work. He and his wife agreed that if he were ever asked to do something like this, he would refuse. So when he was asked to focus his career on cracking down on sex crime, he of course said no. Yet it was his wife who decided that no was the wrong answer. They thought he couldn’t do it because they had kids, but they realized that he needed to do it for their kids and for all children, who have the right to safety, happiness, and love.

He tells the story of two children, brother and sister, ages five and twelve, who were trafficked to and from Mexico by a notorious thug. He built a house inside a giant warehouse in California where he filmed child pornography. Finally, Ballard and a team of other government agents caught him close to the border with these two children. The boy ran up to them, shaking. “I don’t belong here,” he said.

The two children gave Ballard a necklace as a gift for rescuing them. It was a cheap dog tag style thing with the words “man of God” engraved on it. He didn’t think much of it, just a simple gift from small children. But when his own children saw it they said, “Dad, it has your name on it.” Confused, he picked it up and took a closer look. Engraved on the necklace in smaller lettering was a verse of scripture, 1 Timothy 6:11. There was his name and along with it a passage that has become a symbol of his life’s mission.

Ballard is a natural public speaker. His spontaneous sense of humor and intense storytelling keep us riveted despite the cramped seating and the heat rising from hundreds of bodies to the balcony where my wife and I sit. “I have no notes,” he says. “I just start talking.” My pen flies over the pages of my journal in a nearly illegible cursive as I try to keep up with his narrative and catch every vital detail.

A small girl, sitting with her parents in the row adjacent to ours, says something about a princess. The girl’s innocence stands out in stark contrast to the darkness Ballard is discussing onstage—the darkness that engulfs many children her age.

Another way Ballard fights sex slavery is within the walls of his own home. He speaks frankly to his children about sex according to what he and his wife feel is appropriate for their ages. He believes that two of the main contributors to sex trafficking are pornography and broken homes. People who view pornography are likely to become ensnared in sex addiction, which robs them of their empathy and programs their brains to view people as objects. Their appetite grows, and they look for more intense sources of stimulation. This often leads people to look for sexual fulfillment from illegal sources.

These people are the reason there is a demand for sex trafficking. The traffickers themselves are only part of the problem. The larger issue is that people pay good money for this stuff. In fact, there are more people in slavery now than at any other point in history. It’s a multi-billion dollar industry.

Throughout Ballard’s presentation, the audience occasionally erupts into spontaneous applause. It feels different than when a politician conveniently pauses, hoping for an energetic reaction from his listeners. Ballard isn’t asking us to react. He could probably talk uninterrupted all night, yet we clap to show our unanimous support. I wonder, though, how many of us will actually go home and do something.

Why don’t we talk about this? Why aren’t politicians talking about this? These are questions Ballard asks. The government needs to step up and face this, but, according to Ballard, the government isn’t the solution. It’s us. People need to rise up and say “No,” the way Harriet Beecher Stowe stood up in pre-Civil War America by writing Uncle Tom’s Cabin.

“This is a fight between light and darkness, and it’s real,” Ballard says. “We need to be bolder.”

Ballard has encountered modern day Harriet Beecher Stowes, some of whom are famous and successful—people you’ve probably heard of.

When Ballard started out, the only thing holding him back from launching his nonprofit was the lack of funding. He wasn’t able to fundraise himself because he was a government agent. Glenn Beck stepped in, despite warnings from his lawyer, and made it possible for Ballard to go on his first few international missions as a nonprofit organization.

Another man who stepped up to help was Oscar winner Gerald Molen, famous for his work on movies like Schindler’s List, Jurassic Park, and Minority Report. Because of Molen’s help, Ballard’s missions are documented in great detail with hidden microphones and cameras. They have enough footage for an entire season of a reality TV show, which is exactly what they plan on creating.

As well as spreading awareness for those who will watch the show, this footage is also left with local law enforcement as evidence against traffickers. This footage has led to convicting many traffickers without their victims ever having to take the witness stand. “In less than two years of existence,” says the non-profit’s website, “O.U.R. has rescued 413 victims and arrested more than 136 traffickers around the world.”

Footage from the first few missions has been turned into a masterful documentary that feels more like a thriller. This movie, called The Abolitionists, was premiered for select audiences. I had the privilege of being in one of them last year. This May, The Abolitionists will be released to 600 theaters around the United States. If the turnout is good, it will be released on a larger scale, and more people will become aware of their responsibility to step in and end modern slavery.

Ballard believes God has called him to do what he does. If it weren’t for that, he probably wouldn’t be doing it. People in this field, he says, let it push them away from God because of the atrocities they see. But Ballard comes closer. He sees first-hand how the sacrifice of Jesus Christ opens doors and works miracles. “I know that angels are real in ways I can’t even say here,” he says.

At the end of his presentation, we give Tim Ballard a well-deserved standing ovation. The applause is long and loud, and I realize the concert-goer part of me is hoping for an encore. I laugh at myself for this. The event is over; there’s nothing more to say. But there is an encore to this performance. It will happen offstage, behind-the-scenes. The final part of this performance belongs to us. 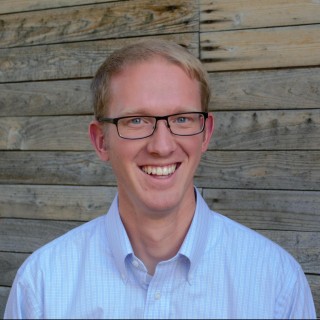